The 31st Olympiad starts tonight with 77 Athletes participating for Team Ireland across 14 disciplines including Golf, Sailing, Hockey, Athletic and Rowing. Our main medal chances again come from Boxing with the Bray Battler, Katie Taylor leading the charge. Rio de Janeiro, on the east coast of Brazil, is the host city.

Here’s a few fun fact about the Cidade Maravilhosa or “Marvellous City”. 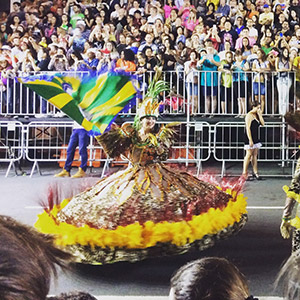 Rio is a city that knows how to party and every year before the beginning of Lent, Rio hosts Carnival, considered the biggest party in the world. Half a million tourists annually pour into Rio to celebrate alongside the 1 million residents with the numbers spiking at 2 million revellers in the centre of the city in 2011. Mini parties or ‘Bloccos’ take place throughout the week and culminate in final parade through the Sambadrome. 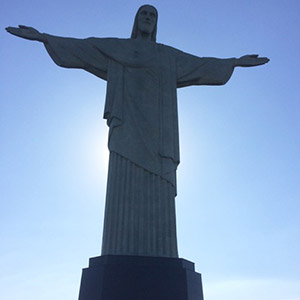 The famous statue of Christ the Redeemer sits 710m above the city on the Corcovado mountain and is the largest Art Deco statue in the world (and the second largest of Christ – the largest is in Świebodzin, Poland, built in 2010).

Designed by a Polish-French sculptor called Paul Landowski, it took nine years to build and finally opened in 1931. 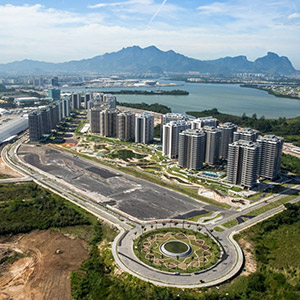 The Olympic Village is located in the Barra da Tijuca area of Rio and although there have been worries that the facilities wouldn’t be completed on time, the athletes are now in and ready to compete! The complex is comprised of 31 buildings, has a capacity to host 17,950 athletes and technical staff in 3,604 flats and 10 thousand m² of green roofs. Around 18 thousand people worked in the village’s construction. In total, 430 thousand cubic metres of concrete were used, which is the equivalent to 215 Olympic standard pools and 43 tonnes of steel. After the game, the village and stadiums will be removed, rebuilt, and repurposed which has become known as “nomadic architecture.” 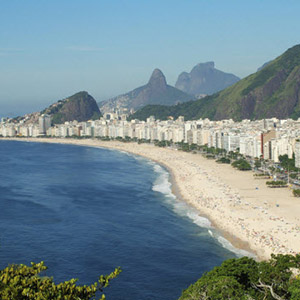 Located in Zona Sul, Copacabana Beach is one of the most famous and most beautiful beaches in the world.

The atmosphere is very vibrant and the people are colourful and fun loving and love to people watch from the beachside bars with a gold cup of chopp (draft beer) and some refeicao (herbed meat and fried onions). 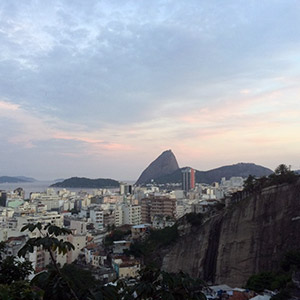 The Sugar Loaf Mountain with its smaller companion, Morro da Urca, is another Rio top landmark. Going atop is one of the most popular activities in Rio and a definite must-do.

Several vantage points offer magnificent views of the bay, the city centre and west to the famous beaches and beyond.