Research conducted by Volkswagon in 2015, outlined that nearly 50% of commercial van drivers have overloaded their vans at some point. Driving an overloaded van poses a very serious safety hazard to the drivers of fleets and to other people on the road. While sometimes there may be pressure on van drivers to carry increased loads and reduce fuel costs by making one journey, this can be dangerous.  Aside from being risky it is also illegal.

Since the 3rd of August 2012, the driver of an overweight van in Ireland will receive one penalty point and a payment of a €200 euro fine. The RSA want to see a clamping down on overweight vehicles because there is such a myriad of risks. Head of service and parts at Volkswagon commercial vehicles argues that it is crucial to choose the appropriate van for the job to avoid unnecessary loading. If you’re still not convinced, here is the Irish law and  some of the factors associated with overloading.

The laws on transporting a load in Ireland states the following:

Every load carried by a vehicle in a public place shall be of such weight and size and so distributed, packed, adjusted and attached to the vehicle that so far as can reasonably be foreseen, no danger is liable to be caused and that there is not interference with the stability of the vehicle.

Additionally, a load shall not be carried on a vehicle on a public road in such a manner that part of the load is liable to fall on the road, or drags on the surface of the road, or to be liable to cause danger.

So what are the risks if you choose to overload your van? 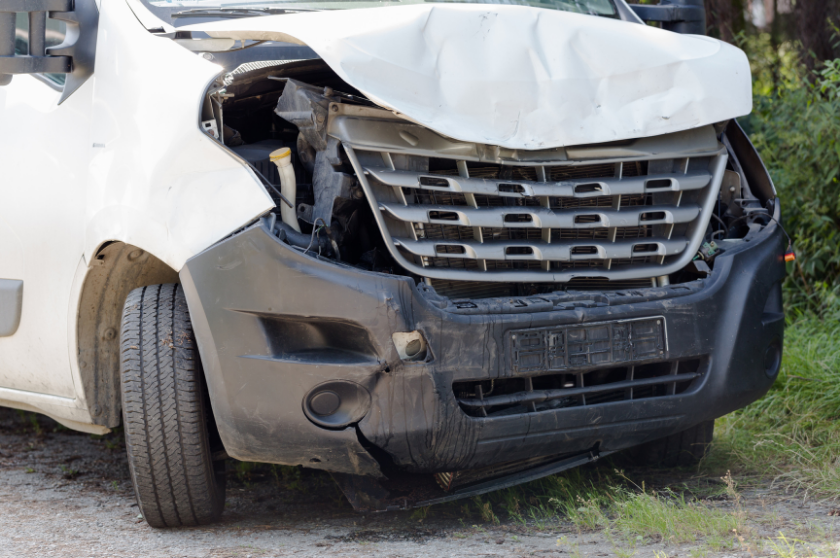 When you fill your van with more products than the recommended allowance you increase the chance of an accident on the road. When vans are overloaded, they become harder to control, which means that drivers are more concerned with attempting to stablise the van then they are at observing other driving conditions. Having a van that’s overloaded also increases difficulty when it comes to stopping in an emergency as increased response time would be necessary.

If you’re involved in an accident and your vehicle is found to be overloaded, it is a punishable offence.

2.Dangerous wear and tear to tyres. 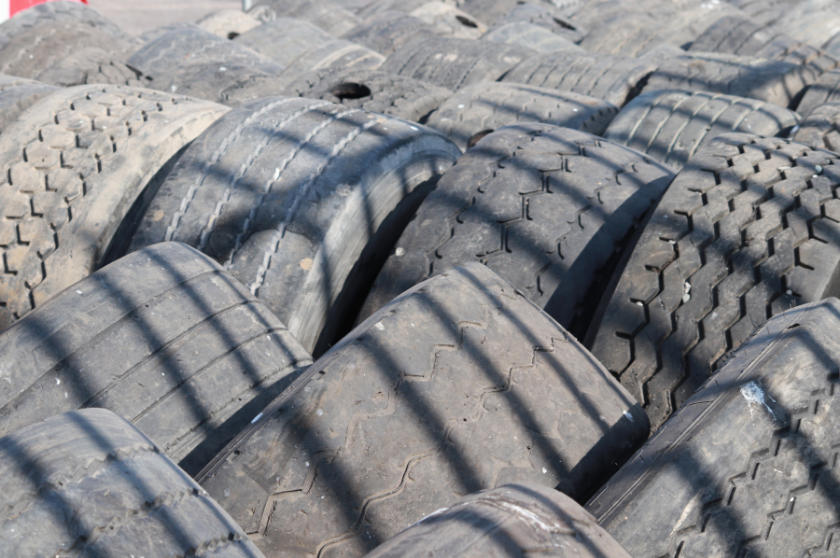 There are a number of different causes that facilitate tyre blowouts but one of the primary causes is deflation due to excessive loads. Tyre blowouts make a vehicle extremely difficult to control and they happen in a matter of seconds, so it’s vital not to risk it. Never risk overloading your vehicle and always have your tyre pressure checked regularly. 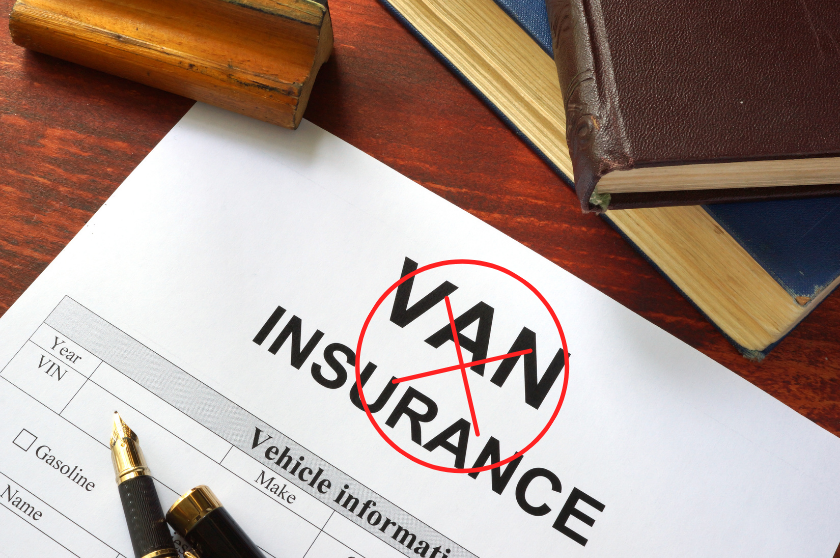 If you are driving a van that is overloaded and you have an accident be it as a result of overloading or due to something else, your van insurance will typically be ruled as void. It is illegal to overload a van so you will be held liable and you might incur a very costly fee.

What’s the point of insuring your van and paying your premium, if your actions break the law and thus invalidate your cover? That’s why it’s so vital not to endanger yourself physically and financially by overloading your vehicle on the road. 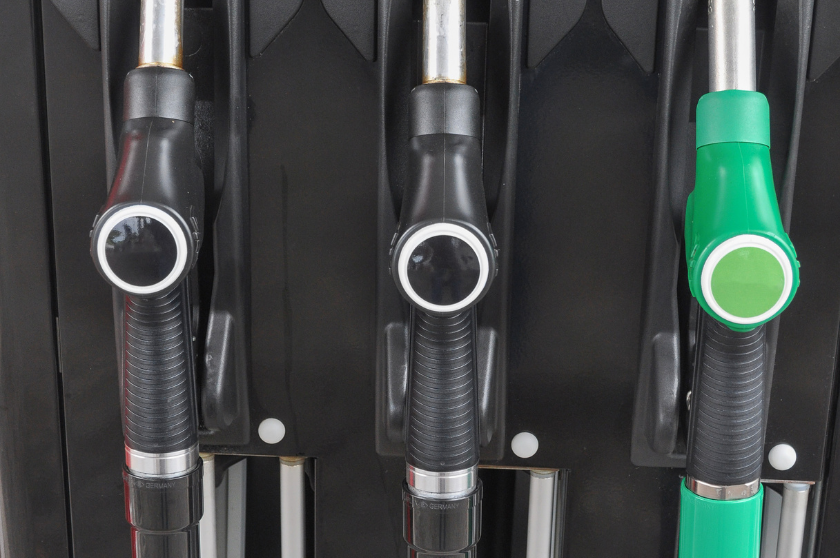 When you overload your vehicle, it’s not just your tyres that take the brunt of the burden it’s your fuel tank too. The stress of carrying large amounts of excessive weight increases the cost of your journey. While some drivers might think it’s more cost effective to transport more of a load in one go, it actually can have the opposite effect. The burden of an overweight van can potentially make your van deliveries more expensive than they would be if they were carrying the appropriate load. 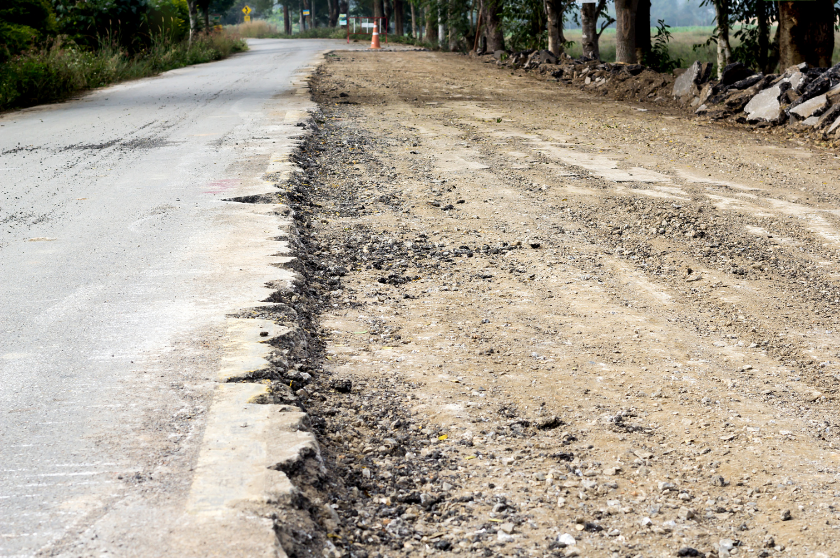 The pressure incurred by the roads on which overloaded vans travel also must be considered. Roads underneath overloaded vans start to crumble and induce potholes because of the strain. These roads then become dangerous for other road users and they could cause an accident down the line. If they get spotted in time by government authorities and get repaired, it is taxpayers money that is used to carry out restorations.

Overloading is never worth it—the risks far outweigh the benefits. Drivers could damage the cargo and the vehicle or incur fines and prosecution for which they could be responsible. Overloading even presents a significant danger to other drivers on the road. If you do not have any strategies in place for eliminating overloading, you could be liable for any injuries or death caused by your overloading. Fulfil your legal obligation as a van driver by adhering to policies that help prevent overloading vehicles.

If you’re on the hunt for appropriate van insurance then why not speak to a broker at insuremyvan.ie? Our experts will do their ultimate best to find you the best van insurance cover at the best price. Contact us today!